Skip to the content
By Kavinda De Alwis
Back

By Kavinda De Alwis
Back

What am I? That’s often a question I find asking myself. I am Sri Lankan, but I was born in Hong Kong, go to an English-speaking school, study French and Mandarin, eat Japanese food, listen to Korean music and watch American shows. Going to an international school, I was fortunate enough to meet people from all over the world. I was also introduced to people who looked like me and had dark brown skin. I also met people who looked different and had a variety of different coloured hair, skin and perspectives. But what I found was that I was unable to fit into a single box.

I was a minority within a minority. According to the 2016 Government Population By-Census, 14.5% of Hong Kong’s population is South Asian, an even smaller fraction of which is made up of Sri Lankans. When I met people who had the same attributes as me, I found it difficult to connect with them because they spoke a different language and had a different culture, despite having the same brown skin and the same arm hair. I felt like an imposter of sorts when I tried to connect with them, and so I turned to my friends of local background.

I think the biggest divider between me and my Cantonese friends would have been the language barrier. They would often refer to terms in Cantonese to express concepts that don’t exist in English, such as the infamous “yeet-hay” or 热气 which when literally translated to English meant hot air, but in reality in Cantonese referred to a category of foods that can result in pimples, sore throats or other effects when eaten in excess. I felt really out of place in the context of Hong Kong.

When I travelled back to Sri Lanka for the holidays, I was often referred to as a ‘coconut’ by the locals – brown on the outside, white on the inside. This was because of the mass American media I consumed on the daily, to the point where I had an American accent by default and used American slang in my speech. I also couldn’t eat Sri Lankan cuisine because it was too spicy, and another major divider was my religion. As Christianity seemed to be the culmination of white culture, Buddhist locals saw me and my family as a “white-washed” Sri Lankan.

The only people I could really and truly relate to were my brothers who had experienced more or less the same life as me.

Through platforms such as Instagram, I became aware of the ‘third culture’ phenomenon, which seemed to perfectly describe me. It made me happy to know that I was not alone in my struggles, and made me aware that this wasn’t something that was just happening to me. This idea of “not fitting in” and being different is a universal stigma which the media has done a great job of reducing through the use of animated films such as Kung Fu Panda or my all time favourite, Shrek.

This cultural identity crisis stressed me out a lot, and disrupted my work-life balance. I found it hard to focus on work when my life felt out of place in the context of a wider community, but with the help of inclusivity and diversity within the media I consumed, and the communities I eventually identified with, I felt more included.

Globalisation and the interconnected community of the world make it inevitable to be classified as part of a third culture. Examples such as the Hallyu wave and Hollywood are both things that have made people across the world identify with a culture that is not necessarily theirs, and can cause confusion about their cultural identity, but with the normalisation of feeling completely out of place, being out of place has become the new norm.

I’d encourage readers to, not disregard their cultural identity, but rather embrace the cultures you have been introduced to and to treasure the different aspects of your life they have changed – take the best of all your worlds because they make you unique. This was something that really helped me regain my work life balance.

By Kavinda De Alwis
Back

More from our blog 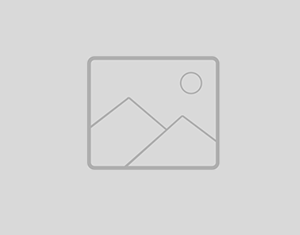 THE WORK LIFE BALANCE: BURNING OUT